Mercant gin was the first product we marketed. We were simply looking for something different and flavourful which would allow us to stand out from the many varieties of gin available in the market. We spent a long time searching for our recipe, and finally, after 9 months of hard work, we achieved the first Mercant version. It was like giving birth.

The result is a 42% ABV and very aromatic gin with predominant spicy notes. People in Mallorca is starting to refer to it as "the cinnamon and orange gin", but it is actually made using more ingredients: juniper, of course, is the main ingredient, although its aroma is relegated to a secondary position. We also use coriander seeds, liquorice, oranges from our island, nutmeg and a few other secret spices that we do not wish to reveal.

When mixed with tonic water, the result is an intoxicating gin and tonic with a predominantly spicy flavour and with a bitter aftertaste of green orange peel. In order to mix a good gin and tonic cocktail using Mercant gin we would recommend the following: 5 cl of gin with 20 cl of a neutral tonic water, no more than three ice cubes and, if you feel like it, a bit of orange peel to finish it off.

The production process for this gin is carried out according to the London method, which involves just one distillation process only using natural ingredients. No flavouring is added to the final product.

Many people ask us why we called our gin "Mercant". We were looking for a name related to the sea in order to highlight the idea of its origin: the Mediterranean Sea and Mallorca. "Mercant" ("Merchant") is a word generally used in naval terminology, and it is also a surname which can be found in some Mallorcan lineages. The name comes from a fishing family who came from Portofino (Italy) and settled in the Mallorcan village of Valldemossa.
We wanted the picture on our bottle to convey the idea of our traditional and hand-made gin production, in addition to reflecting this Mediterranean concept.

AWARDS
Our Mercant gin received the following awards in 2020 and we are over the moon!
Gold medal at Concours International de Lyon
Gold medal at the Catavinum World Spirits Competition 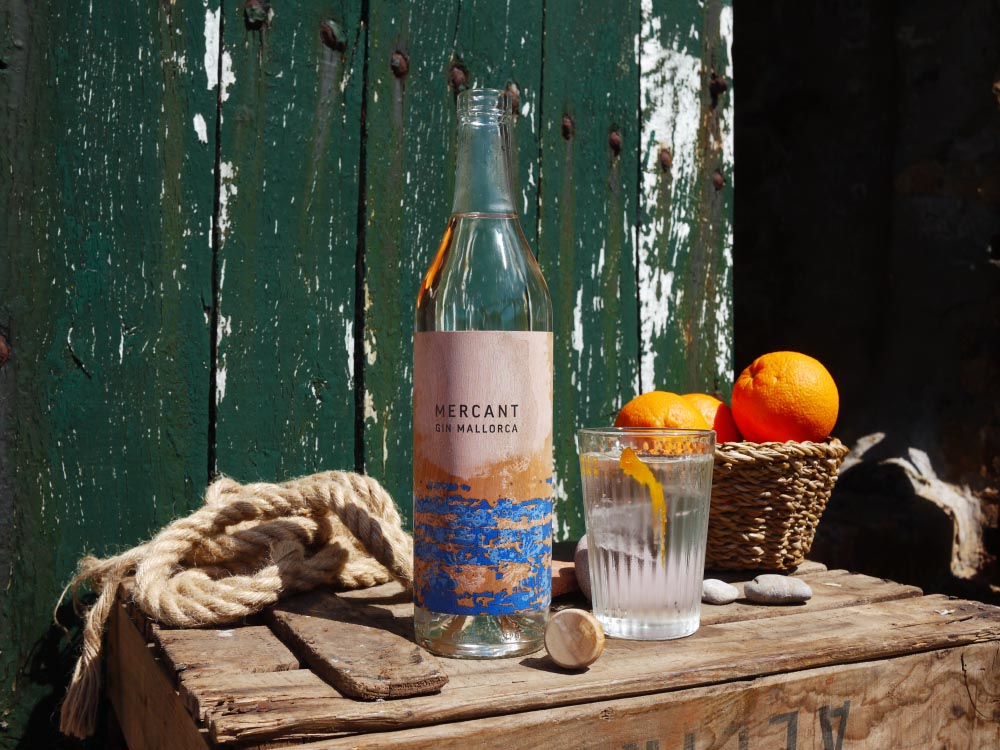 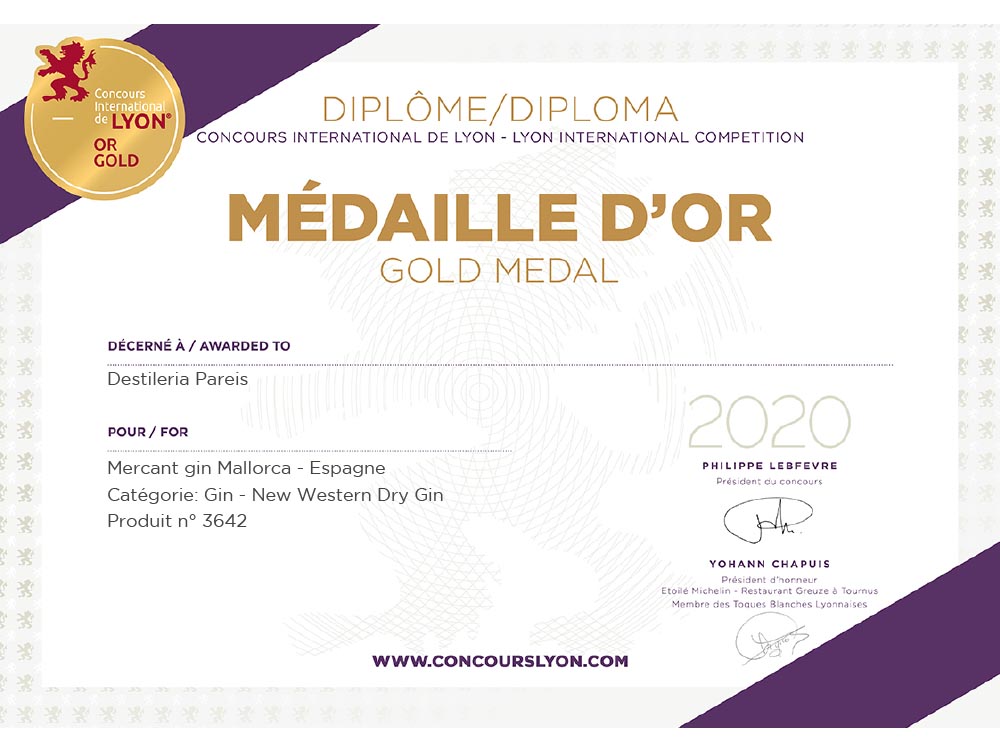 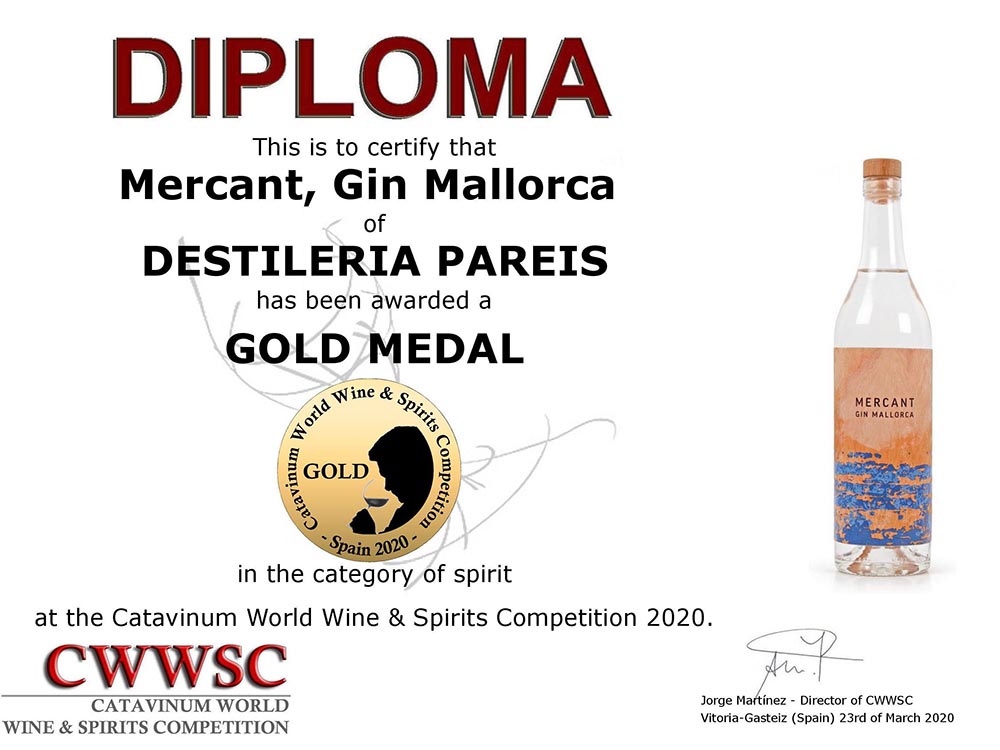 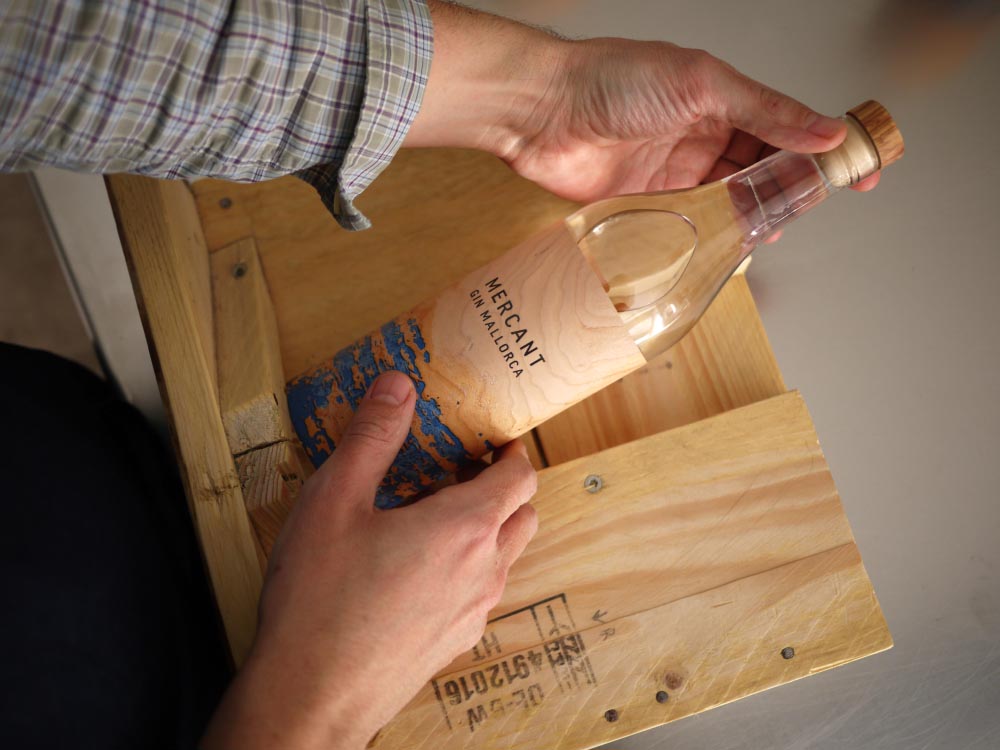 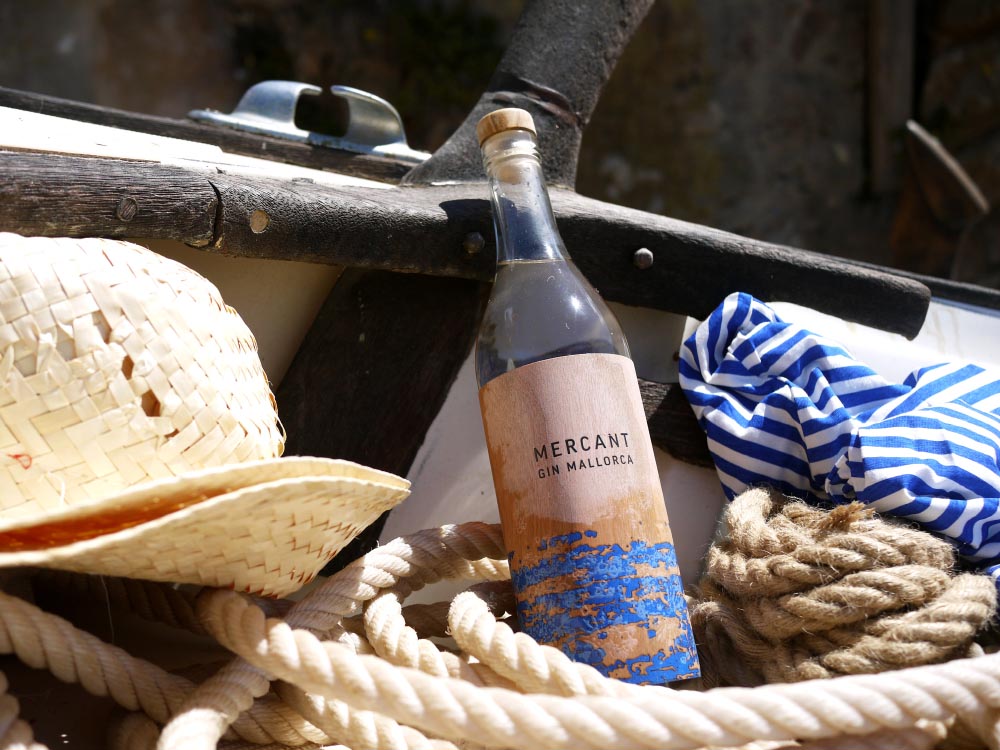